Gender Dysphoria
Research
Blog Post
How Are They Related?

While you may not have heard the term gender dysphoria used before, you likely have heard the term transgender. And while the two are closely related, it is important to distinguish having gender dysphoria and being transgender as two unique concepts. But before we dive into defining these terms, we should first look more closely at another set of commonly-linked yet distinct terms: sex and gender.

We tend to refer to sex and gender interchangeably, but it is important to remember that these are two different concepts. Sex refers to the anatomy of one’s reproductive system, the sex chromosomes they have, and secondary sex characteristics (things such as body hair and breast growth that begin at puberty and distinguish sexes). Gender, on the other hand, is defined by the World Health Organization as “[. . .] the socially constructed roles, behaviors, activities, and attributes that a given society considers appropriate for men and women”. In our society, men are associated with masculinity (being strong, aggressive, and dominant), whereas women are associated with femininity (being gentle, caring, and loving). Our gender identity is comprised of how we see ourselves fitting into those roles, and our gender expression is the ways in which we conform to those roles. So while gender and sex are often seen as synonymous with each other, it is important to remember the differences in the two: your sex determines what “parts” you have,  whereas your gender will tell you how you should look, act, and think.

We like to think that sex and gender are limited to two categories, but we are becoming increasingly aware that sex does not determine gender, and that neither sex nor gender can be characterized with the traditional binary (male/female, man/woman). In terms of sex, there are many factors that can cause one to deviate from being entirely male or female, broadly described as being intersex. For instance, Klinefelter syndrome is the condition where one has two X chromosomes and a Y chromosome, and it is marked by sterility in males, as well as smaller genitals and less body hair. But even people with XX or XY chromosomes can be intersex. Someone may have a penis that is nonfunctional, or may be XX but have high levels of testosterone (the male sex hormone), making them appear more like a biological male. A person’s gender also cannot be confined to strictly masculine or feminine, since each person has a unique blend of masculine and feminine attributes. While a woman may be very feminine, she will also likely have at least some masculine attributes. It is important to remember that intersex people can be transgender, but being intersex does not mean one is transgender, and vice versa.

For most of us, our gender identity was determined by our sex. Natal (biological) males have an X and a Y chromosome, a penis, and testes, and usually identify as men, whereas natal females have two X chromosomes, a vagina, and ovaries, and usually identify as women. However, this is not always the case. When someone’s gender identity differs from the gender society associates with their sex assigned at birth, they are said to be transgender. Gender dysphoria, however, is a diagnosis given to transgender people experiencing significant distress and/or disturbances because of the incongruence in their sex and gender identity. This is an important distinction, as not every transgender person has gender dysphoria. There is also currently debate in the medical and psychological communities as to whether gender dysphoria should be a diagnosis, as it does not have a distinct set of symptoms and is largely caused by societal stigma against transgender people. The diagnosis is actually primarily used by providers today because a label is often needed to ensure that their clients are able to receive insurance benefits.

Now that we’ve gone over some of the basics of gender dysphoria, we can move on to the pressing question, which is why a center for eating disorders would be interested in gender dysphoria. Many studies have established that the LGBT community has higher rates of eating disorders than the rest of the population, but few have looked at the prevalence of eating disorders specifically in the transgender population. A recent study asked 933 transgender people, aged 14-25, about their gender identity, eating behaviors, stigma they experience, and protective factors in their lives. The survey given asked participants if they had had any episodes of binge eating in the last 12 months, as well as if they had tried to lose weight in the last 12 months by fasting, using pills or speed, taking laxatives, or vomiting. Of the total sample, 75% reported at least one of those behaviors. Of the 14-18 year olds, 42% reported binge eating, 48% reported fasting, 7% used pills, 5% took laxatives, and 18% reported vomiting. Of the 19-25 year olds, 29% binge ate, 27% fasted, 4% used diet pills, 3% took laxatives, and 5% reported vomiting. These rates were similar across gender identities for all behaviors in both age groups, except for a significantly higher rate of vomiting to lose weight in the 14-18 non-binary group compared to boys/men, and a significantly higher rate of fasting in 19-25 year old women compared to non-binary people in that group.

Said more simply, an extremely high proportion of transgender people report disordered eating behaviors. The actual rate is probably even higher, as some participants likely did not report disordered eating behaviors they had engaged in, and because the survey only asked if these behaviors had been done in the last 12 months, as opposed to at any point in their lives. But while the actual rate of disordered eating behavior in transgender people will be difficult to pinpoint, what is important is that these behaviors are more prevalent in the transgender population than in the rest of the population (around 50% of females and 30% of males). The study also found that prevalence of disordered eating behaviors in the sample also differed drastically according to protective factors and stigma experienced. For example, in the 19-25 year old group, 73.0% of subjects with low social support and high enacted stigma reported vomiting to lose weight, but only 1.5% of those with high social support and low enacted stigma reported doing so. This further demonstrates the importance of decreasing the stigma associated with gender dysphoria and increasing access to support, but that is another subject deserving of its own post.

What do they have in common?

If we start to think about it, eating disorders and gender dysphoria actually do have some significant similarities. At their core, both are marked by an unhappiness with one’s body, and usually a desire to change it. Eating disorders often entail a desire to lose weight, whereas gender dysphoria commonly leads to people wishing to change their body to align it more closely with their gender identity. And though the motivations, desired outcomes, and reasons for body dissatisfaction may differ in the two, the presence of disordered eating behaviors in both and the marked desire to change appearance suggests an intricate link between them.

Much research lately has focused on body image, which is how one experiences their body on a psychological level. Body image is generated by a vast array of signals and cues, both internal and external, and helps us interpret what it means to live in our bodies, and how our bodies interact with the environment around us. As you can probably imagine, eating disorders and gender dysphoria both are associated with disturbances in body image. People with eating disorders have been found to frequently be hypersensitive to the internal cues they receive from their bodies, resulting in an uncomfortable experience in their body. This acute awareness of these signals, for example, can lead to sensitivity to and extreme discomfort with even tiny amounts of fat in the body, and the desire to get rid of it. The nature and extent of body image disturbances in gender dysphoria are not well understood, but are an area of active research in our lab.

Gender dysphoria and eating disorders fall into separate categories, and should always be treated as such. But as is becoming more apparent each day, the two are deeply connected and have the potential to offer insights about the other, and the nature of their connection could have implications for better understanding and treatment of other disorders and conditions. Reduced stigma is associated with better outcomes and higher quality of life across all stigmatized groups, and by working to better understand eating disorders and gender dysphoria, we can hopefully reduce the extent to which they are stigmatized. Though it is impossible to truly understand what it is like to live with gender dysphoria or an eating disorder unless you experience them, we all can think about a time when we were uncomfortable in our bodies for some reason, and by thinking about the two in those terms, we can begin to break down the stigma associated with gender dysphoria and eating disorders.

A New Eating Disorder Diagnosis in the DSM-V 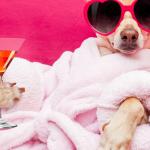